In more ways than one. For reals.

Today is my sweet sister's birthday. And while Kristin is basking in the sun in the faraway land known as Florida, I am sadly stuck in Michigan. (Although, no complaints about the weather, because I have been doing quite a bit of basking myself. Thank you, Mother Nature!)

We won't be drinking margaritas together to celebrate, but that doesn't mean she hasn't been on my mind all day, because I sure do miss her.

Do you know who else misses her?

Remember that time she came over and basically kicked my ass and ordered me around and forced me to get organized? Weeellll...let's just say I haven't exactly been living up to her expectations. I'm pretty sure every surface in my house has suffered my abuse, and it ain't pretty.

I don't think I can convince her to leave the beach to, ya know, beat me into organizing my life. Which means I must take matters into my own hands.

I've been pondering a few things I've seen on Pinterest, like a daily cleaning schedule or one of those "52 Weeks to an Organized Life" deals. I don't know. I'm feeling overwhelmed. And embarrassed.

On a scale from one to ten, how pitiful is it if a stay-at-home mom wants to hire a cleaning service? (Although, as I said to my friend Katie today, my house is too much of a wreck to probably even get a cleaning service to come!)

You gotta start somewhere, right? So Kristin, in honor of that magical day you entered the world, I'm going to clean at least one room of my house today. If that doesn't shout "I'm so happy you were born!", then I'm not sure what does...

Happy Birthday, sister! I hope your day is surface-abuse free and full of wonderful things that make you happy. I love you! 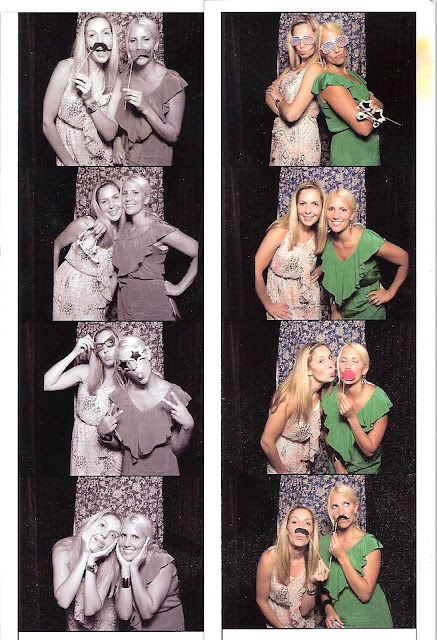 Anyone have any tips or pointers for me? Experience with those daily cleaning schedules? HELP ME!
Posted by Leslie at 3:17 PM 0 comments

Nap Time, I Thought We Were Cool

I think that Mike and I are dealing with a little Post-Traumatic Stress when it comes to Anna's sleeping habits. I mean, the kid has been slumbering twelve to thirteen hours a night in her own crib for more than a year, and I swear to you the one night she happens to wake up we both get all twitchy and angry and totally revert to our sleep-deprived maniacal selves. That's the way we functioned the entire first year of her life, because girlfriend was not what is known as the kind of baby who, well, sleeps like a baby. Or, rather, maybe she was, and the person who came up with that expression is a huge jackass.

I've been noticing lately lots of pictures of kids popping up on Facebook or Twitter or Instagram sleeping in totally random places - sacked out in front of their blocks, curled up with the family dog, sawing logs in their high chair - and I find myself chuckling and feeling just the tiniest bit jealous. Because there is no chance in hell that Anna would EVER fall asleep anywhere but in a moving vehicle, someone's arms, or her crib. And while we've come leaps and bounds since her first year, (despite her lack of spontaneous nodding off) there have been some changes 'round here in her sleeping patterns, and they've got me quaking in my boots.

I am starting to fear that Anna is coming to the end of napping days. It hurts almost to type it. Nap time - those treasured two or three hours every day when I can pop open a bottle of pinot and catch up on reality TV (ha)- seems to be disappearing. I put Anna in her crib, and no joke, two hours later she will still be in there laughing and singing and talking to her toys. She's not crying or complaining - she's genuinely having fun. As I type this I can hear her calling to Super Grover to bring her a sandwich. Some days she finally seems to give up and go to sleep, but by then it's pretty much the time she's supposed to be waking up, and her whole schedule gets out of whack. Other days, she fights it and I relent and go get her. At first, on the days she would miss her nap, come six o'clock she would be a walking little terror. But lately I've noticed that missing her nap doesn't seem to throw her off as much as it used to, and she goes to sleep at night much faster and easier. Is this how it all ends? Please say it ain't so!

Two smaller things have been happening, but none so life-altering as the loss of the nap. First, Anna has rediscovered sleeping with her mama and dada. It started one of those twitchy nights when she woke up for some reason or another, and instead of putting in the work to rock her or sing to her or rub her back while she went back to sleep, I simply scooped her up and brought her into our bed. As I was doing I thought to myself, "Oh, this could be trouble!" But then we all snuggled up and slept wonderfully and that was that. Until two nights later, when she was up again. This time, I was more determined (less lazy?), but Anna had other plans. Immediately she was asking, "Sleep in dada's bed?" Well played, kid. So far, it hasn't been too much of a problem - she's probably been joining us about once a week, and both Mike and I sort of like having her around. She did sleep with us the entire first year of her life, after all. The girl knows how to get what she wants, though, and we have created a (snuggle) monster. I submit the following photo as evidence:


The last thing is much less dramatic, although it definitely has the possibility to be, well, messier. Several mornings a week I open Anna's door to find a small pile on the floor consisting of pajamas and a diaper. And a naked, bouncy toddler grinning up at me. So far, no accidents, but who knows how long that luck will last. The girl wants to be naked, I guess.


All is quiet in her room now, which means that she'll probably be asleep until dinner. So I best be gettin' my drink on. Or, you  know, folding some laundry.

Parents - when did your kids drop their naps? Am I fooling myself in thinking this might just be a phase? And any tips for keeping my baby clothed (and her crib free of poop)??
Posted by Leslie at 4:23 PM 4 comments